As a City, residents, and business owners of the community, we all play a part in removing snow and keeping our streets and sidewalks safe. Learn more below about each aspect of snow removal and the role we each play.

When City Crews Hit The Streets

City streets will be plowed to provide better access to the higher traveled streets first. The priorities are as follows:

Property owner's must keep sidewalks adjacent to their property clear and free of snow and ice.

The City's crews will remove snow and ice from city-owned sidewalks leading to and at public facilities, as well as main routes a part of school zone/safe walking routes.

City ordinance prohibits parking on public streets when it is snowing or there is snow on the street from November – April. Residents can also help by removing vehicles, trailers, garbage cans, etc. from the street during this time as well.

Place the Snow Here, Not There 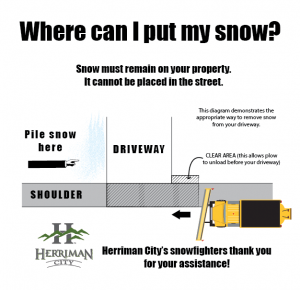 Snow that accumulates on the plow blade has no place to go but in the road right-of-way, which includes approaches to driveways. Many times, snowplowing forms snow piles in front of driveways, which may create hardships for some residents. Unfortunately, the City possesses neither the personnel nor the equipment to clear the thousands of driveway approaches within the city. Because of this, snow removal of driveway approaches is the resident’s responsibility. 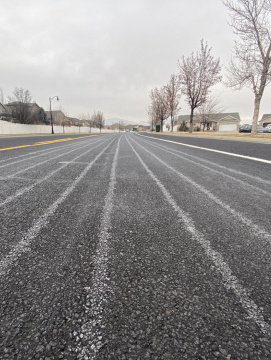