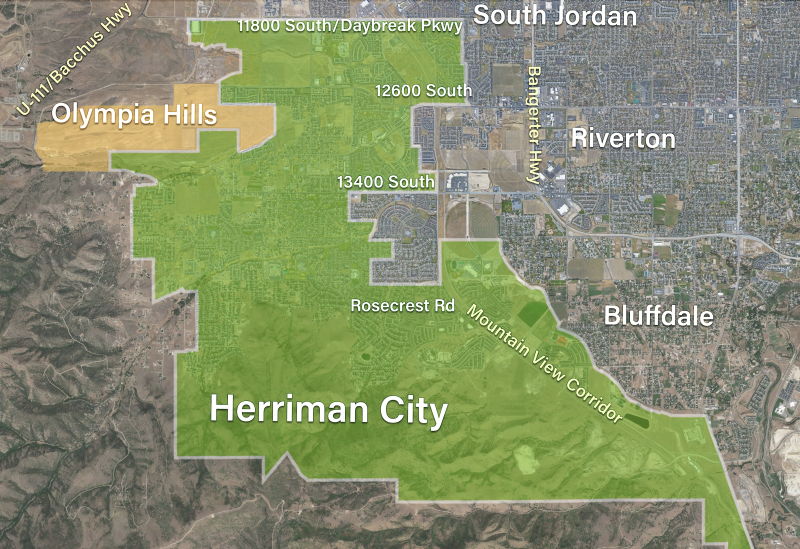 In 2018, the Olympia Hills development proposed to the Salt Lake County Council was approved by a 7-1 vote. It was faced with opposition by elected officials from Herriman and neighboring cities. The then-county mayor vetoed the approval, citing widely-held concerns about its density. Local and state elected officials (including those from Herriman) and residents continued to oppose the development through its reapplication process. The county council gave final approval of the project in March 2020 by a 6-3 vote. However, through collaboration with residents and stakeholders, the developer enhanced the project to a better product, including reducing the overall density from 9,876 to a maximum of 6,330 total units.

Now that the project has been approved by the County, its effect on Herriman City is inevitable. In an February 2021 City Council meeting, the Herriman City Director of Finance gave a presentation to demonstrate projected financial impacts of the future development, comparing projections if Olympia Hills ultimately resides inside or outside Herriman's boundaries. This presentation led to discussions to further explore the details of these impacts and what the project would mean for the Herriman community. The city council and staff members are now engaging with the developer in working group meetings to examine the details of these impacts—including those on City finances, transportation and water infrastructure, public safety, and other services.

As part of an effort of a high level of transparency throughout this process, the City has created a web page (www.herriman.org/olympiahills) to host information—work group meeting agendas and summaries, links to city council meeting discussions, and all available relevant documents. The City is also drafting a mail piece to help explain to all residents the background information, what is happening, and why these discussions are happening. We will also provide social media posts to alert you when the item is on an upcoming city council meeting agenda (which will be most meetings).