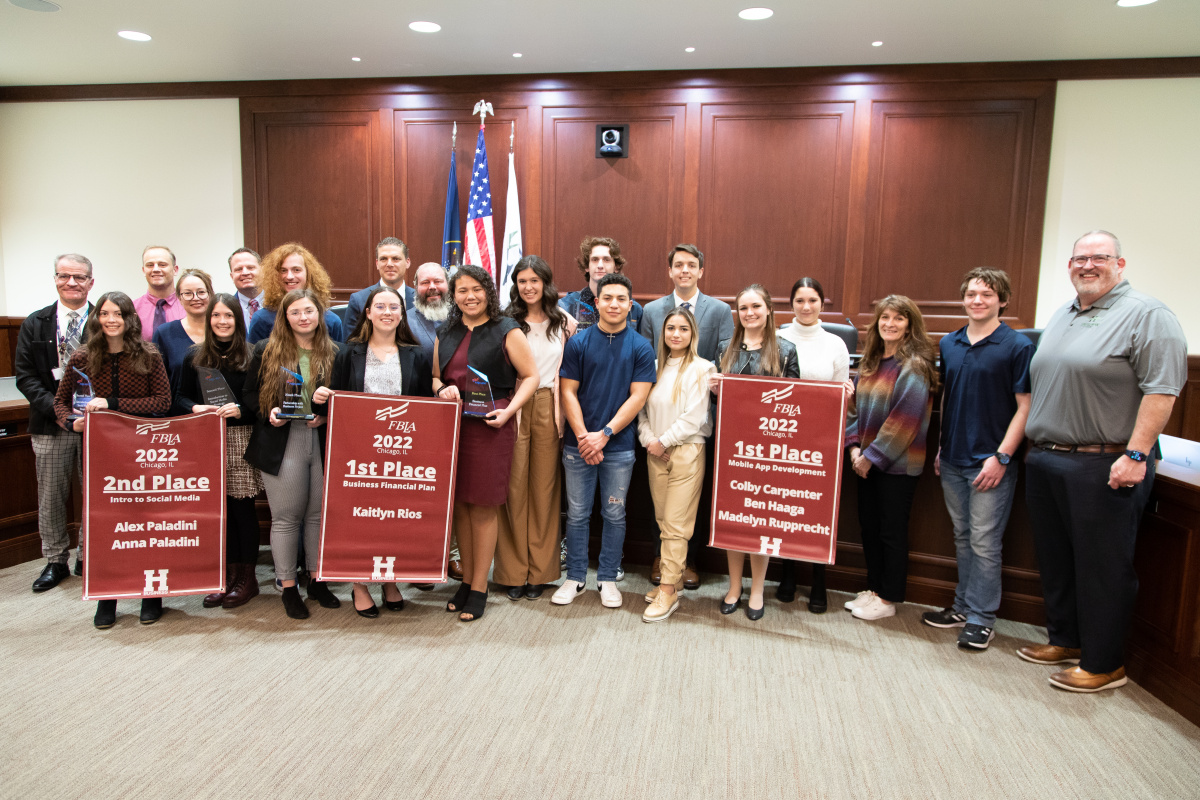 The Council formally recognized the FBLA group at Herriman High School, who recently qualified for national competitions in Chicago, Illinois, and won or placed highly in many different categories. HHS Principal Todd Quarnberg emphasized the achievements of the minority students at Herriman High and within the FBLA group.

The Council noted and commended the City's staff on the opening of the new Juniper Canyon Recreation Area's first phase.

Pam Roberts, the executive director of the WFWRD reported on the district's proposed budget and an upcoming fee increase of $2.50 per month. She noted the district has not had a fee increase in the last 5 years, but that costs are increasing due to new CDL driver regulations, increased fuel prices, the pandemic, and other factors. She said the feedback from residents has been to maintain current pickup services, dump rentals, and cleanup programs. Roberts also commended Councilmember Ohrn for her service on the WFWRD board, including serving this year as the board chair.

The developer who owns the "Game Pointe" property adjacent to the auto mall presented an updated conceptual plan for a commercial center that includes possible retail, restaurants, entertainment, and office space. The Council generally liked the plan but emphasized its desire for a unique destination as part of the property's development.

The City sent out a Request For Proposals for broadband internet infrastructure/service and received five. The best identified option of the five was from Strata Networks. The Council discussed how to begin contract negotiations with Strata and start to launch the project. One key element maintained by the Council is that taxpayers shouldn't financially be on the hook for the infrastructure. The Council asked to see in a future meeting what benefits and cost savings are available to the City as it pursues the project.

The development company HTC Communities sent a reimbursement request to the City for infrastructure that has been constructed in the Herriman Towne Center roughly the area between Main Street and 13400 South near the city hall). Typically, a developer and city will sign a reimbursement agreement for such projects which bind the parties to a fund payback system. However, with this development, no signed agreement exists. The City stopped reimbursing HTC several years ago when the Finance Director realized there was no agreement in place. The developer has re-approached the city to request the two parties negotiate an agreement for infrastructure reimbursement. Both parties expressed a desire to be good partners and, to the best of their abilities, honor the intent of the understanding. The item will come back in a future meeting when City staff members can go through the infrastructure project list and make recommendations on which items should qualify for reimbursement.

After a presentation from the Parks Department, the Council discussed opening all park facilities at 7:00 a.m. and closing at 10:00 p.m. instead of a wide variety across the city. There are also some text efficiency changes and adding a prohibition of private or group instruction or classes without reservations. The Trails section of the code will also be adapting to prohibit all motorized vehicles on City trails except Class I e-bikes, motorized wheelchairs, and City-authorized vehicles.

The Council was also introduced to a few Blackridge Reservoir parking solutions, including paid parking. The Council will continue discussing the options at a future meeting.