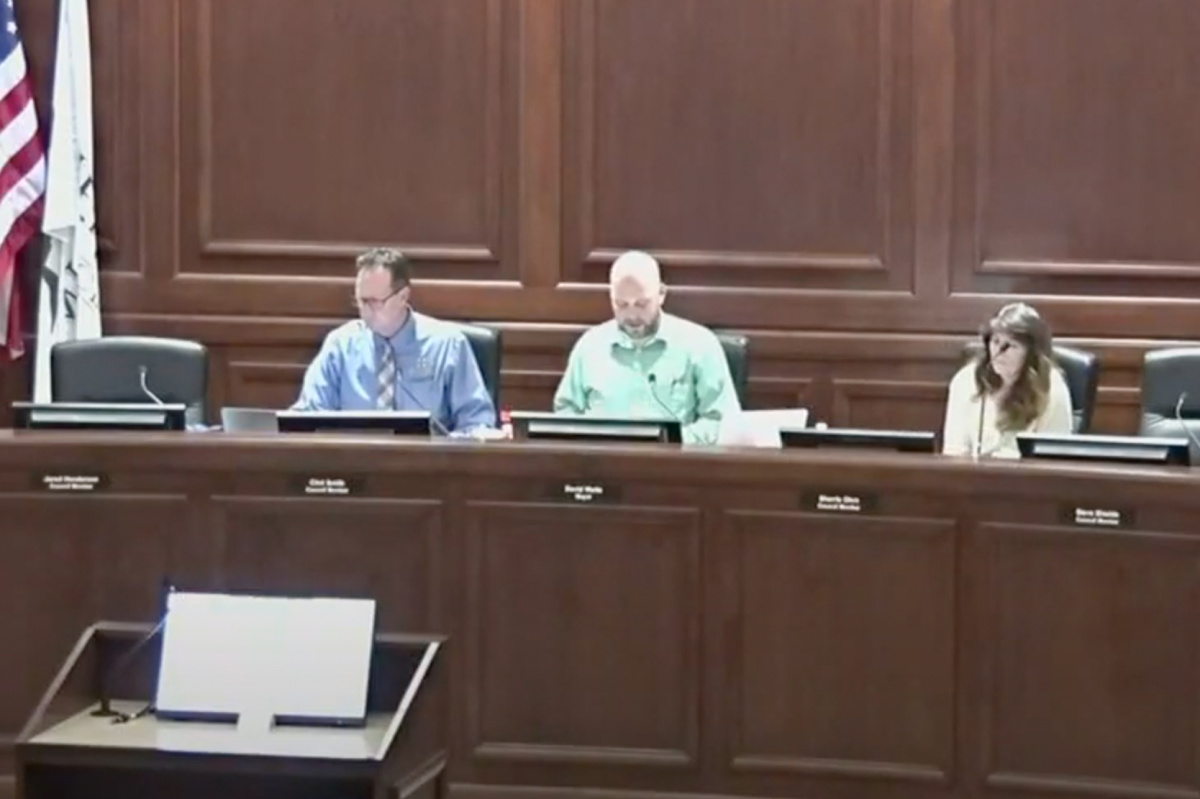 Councilmember Ohrn, reporting from the Wasatch Front Waste and Recycling District board, said the district received a check in return for increased recycling rather than having to pay extra for recycling as in recent years. She also noted a recent increase in pay for drivers to remain competitive and to be able to continue to provide services.

Councilmember Ohrn, reporting from the Jordan Valley Water Conservancy District board, discussed Deer Creek reservoir, which is a significant source of water for Jordan Valley Water (and therefore Herriman). The reservoir has underwater gates that control the flow of water that need to be repaired ASAP. The approximate cost is $60 million, which the district is able to cover with a bond. However, an additional project to have a backup bypass pipe is priced at an additional $15 million, which would not likely be covered. The district is asking municipalities to allow the project to move higher on ARPA funding priority lists to potentially get funded by federal legislation.

Councilmember Smith, reporting from the South Valley Sewer District board, noted that Riverton Mayor Staggs has resigned his position on the board, who was replaced by a Riverton City Councilmember Claude Wells.

Recent Utah state legislation requires cities to adopt permitted uses for accessory dwelling units. This particular item and ordinance deals only with internal (not detached) ADUs. The Council voted to approve the ordinance.

A community member noted he is hard of hearing and works frequently with other community members with all types of disabilities. He noted he would like to work with the City to explore ways the City can be more accessible for those with disabilities. The resident met shortly afterward with City staff members to discuss his ideas.

Mayor Watts commended the City on the recent groundbreaking of the Herriman Emergency Center.

The City is working to set up a nonprofit organization, partly in order to accept a wider array of grants and donations from those wishing to contribute to the City and to collaborate with community members. The Council discussed naming the organization Friends of Herriman Parks, Trails, and Culture and allowing the initial board to adapt as needed. The initial board will be a total of three people who are welcome to apply on the City website through November 19th.

The Council discussed a budget amendment for the approval of several projects, contractual reimbursements, and an additional court employee as needed by the City. The amendment could get approved by the next general meeting.

Over the last several years, several states and territories have been involved in a lawsuit against drug manufacturers and distributors. As part of the settlement, $22.7B is marked for state and municipal uses. The Council discussed the City enrolling in the settlement as part of the state of Utah. That would allow some of the funds from the settlement to potentially reach Herriman City to help battle opioid abuse. The Council will vote on a resolution in its next meeting.

The City is in the late stages of updating its Transportation Master Plan. The TMP is being updated alongside the General Plan, but it is contingent on the General Plan, so any updates to the draft General Plan will be reflected in the draft TMP. The TMP includes projected roadways, traffic volumes, and future needed improvements as the City grows and time passes.

The Salt Lake County Council of Governments (COG) allocates some corridor preservation funding for roadway construction and improvements. Based on recommendations from the Engineering Department, the Council will request funding for Herriman Main Street and a portion of 6400 West.