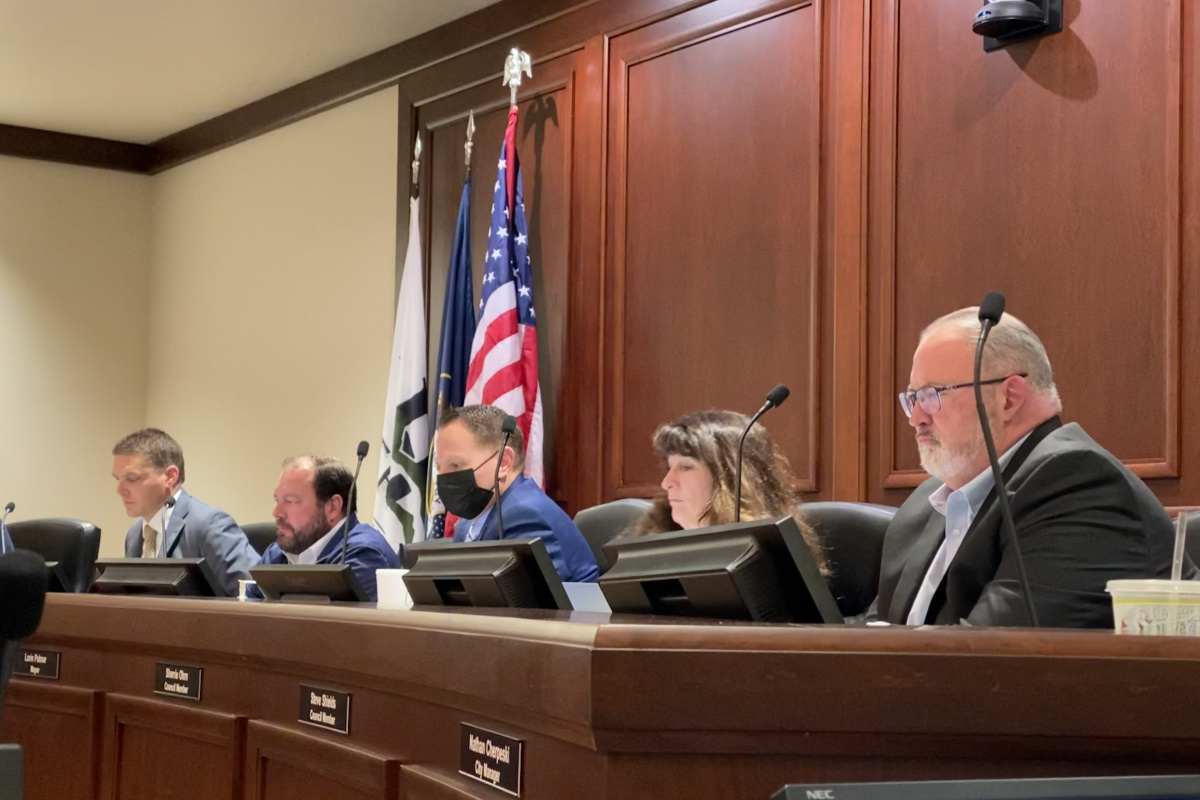 The Council granted the Sky Ridge HOA permission to construct parking spaces on a strip of City property at the southern end of the neighborhood.

A representative from the independent firm Hinton Burdick presented the annual audit of Herriman City's financial reporting. Once again, the findings showed clean reporting, for which the City was commended. It was also noted that the City scored very well on a fraud risk assessment.

A public hearing was opened and closed without comment regarding the adjustment of the mayor's compensation. In previous years, the Council had reduced the compensation amount from $24,000 annually to $14,500. This hearing was proposing raising the amount back to $24,000.

Councilmember Henderson, reporting from the Unified Fire Authority board, noted a recent finance committee meeting which projected a 5.5% increase in member costs. Herriman City (rather than individual residents) is a member and costs will be paid from the Herriman City Fire Service Area.

Councilmember Shields noted he is currently serving as chair of the Association of Municipal Councils.

Mayor Palmer reported on various recent meetings introducing himself to various significant stakeholders in and around Herriman.

The Council approved the formation of working groups to discuss pending and proposed master development agreements (MDAs). The City started this approach to maximize transparency and collaboration in 2021 during the annexation process of the Olympia development and the formation of its MDA, which took place over a period of several months. The Council favors this approach and will enact it with current proposed MDAs regarding the Auto Mall district and Laguna and Malibu development projects. In these working groups, representatives from various City departments, City Councilmembers, and representatives from the development team meet for formal meetings with discussion summaries and relevant documents published on the City's website afterward.

The American Rescue Plan Act (ARPA) that was passed in March 2021 will provide Herriman City with approximately $4.8 million to be used toward projects or programs with specific criteria. The City must decide how to use these funds by January 31, 2022. The options discussed by the Council were:

With the completion of the 2020 U.S. Census, the City must re-align its boundaries for City Council districts throughout the City. A map was proposed that includes roughly equal distribution of population through each of the four districts. The Council approved the map as a starting point for the public redistricting process.

The City's Finance Manager presented projections of City revenues through the end of fiscal year 2022 as well as FY 2023 and FY 2024. The City's fiscal year spans from July 1 - June 30. Each of the City's revenue sources continue to grow and all are projected to increase as the City and its economic development base continue to expand.

The Council discussed which members will serve on various City committees and regional boards and commissions. The full list can be found at herriman.org/boards-commissions. A mayor pro tempore will be nominated on a meeting-by-meeting basis as necessary.

The Council discussed a consolidation of accessory structure regulations—currently in various places of City code—a several text amendments, and the adoption of a single "special exception" process. The item will return in at least one future work meeting before potential adoption in a general meeting.