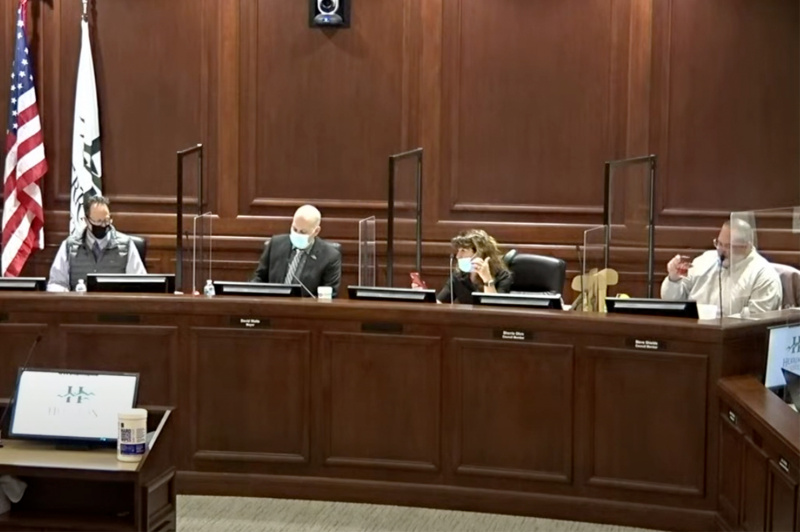 Councilmember Ohrn reported from the Jordan Valley Water Conservancy District. Dry local conditions continue to cause concern for the JVWCD. The District has done a good job planning for the future and doesn't anticipate restrictions for this year. However, we still need a lot more precipitation and the District asks residents to conserve water wherever possible. Councilmember Ohrn also noted Herriman City was the first agency in the JVWCD to adopt Water Efficiency Standards, which earned the City a $50,000 grant to help implement standards.

Councilmember Shields, reporting from the Association of Municipal Councils meeting, recapped a conversation about ranked choice voting. He noted every voting system has at least some flaws. Ranked choice voting tries to address that, but can also introduce new problems. Salt Lake County is working on software updates and testing to see if it's something they can implement for this year's elections or not. Outside of cost savings, there may be some confusion about pros and cons. The City Recorder will present the concept to the Council as well as a deadline when the Council would need to decide to use the system or not. Councilmember Shields encouraged public and council to become educated on the concept in order to have a robust conversation ahead of this year's elections.

Proposed City Code Amendments
The City Attorney, in accordance with the City Prosecutor, Animal Services, and Herriman Police, has begun a review of Titles 5 and 6 (Public Safety and Vehicles and Traffic, respectively) of the Herriman City Code to identify possibilities for improvement. Current suggested changes to the City Council are in areas of ambiguity vs. clarity, infractions vs. misdemeanors, bringing fees and fines to levels comparable with other cities, restricting predatory car towing in private areas, and so forth. This process will be continued and further discussed.

Engineering Standards Update
The Engineering Department, in coordination with other City departments, is nearing the end of a years-long process of redoing the City's development standards. There are several updates, including many to update with State statute, stormwater regulations, safety standards, best practices, and general efficiencies. The Council will review the lengthy draft over the next several weeks and return with comments prior to potential adoption.

Reserve at Sky Ranch discussion
An applicant is hoping to build a subdivision approximately 13374 S Rose Canyon Road. The current zone of the property is R (residential), but much of the surrounding area is A (agricultural). To be clear, the A zone allows for housing, as well as a few additional property uses that are different than the R zone. The City's General Plan identifies that area as low-density residential. The community seems to favor A zones over R zones, so the applicant is requesting a rezone to A.25 (Agricultural, 1/4 acre lot minimum size). The City Council generally was supportive of a rezone and general plan alignment. The future subdivision plan evaluation is a separate process that will go through the Planning Commission and City Council separately. The Council invited this item back for action at a future meeting.