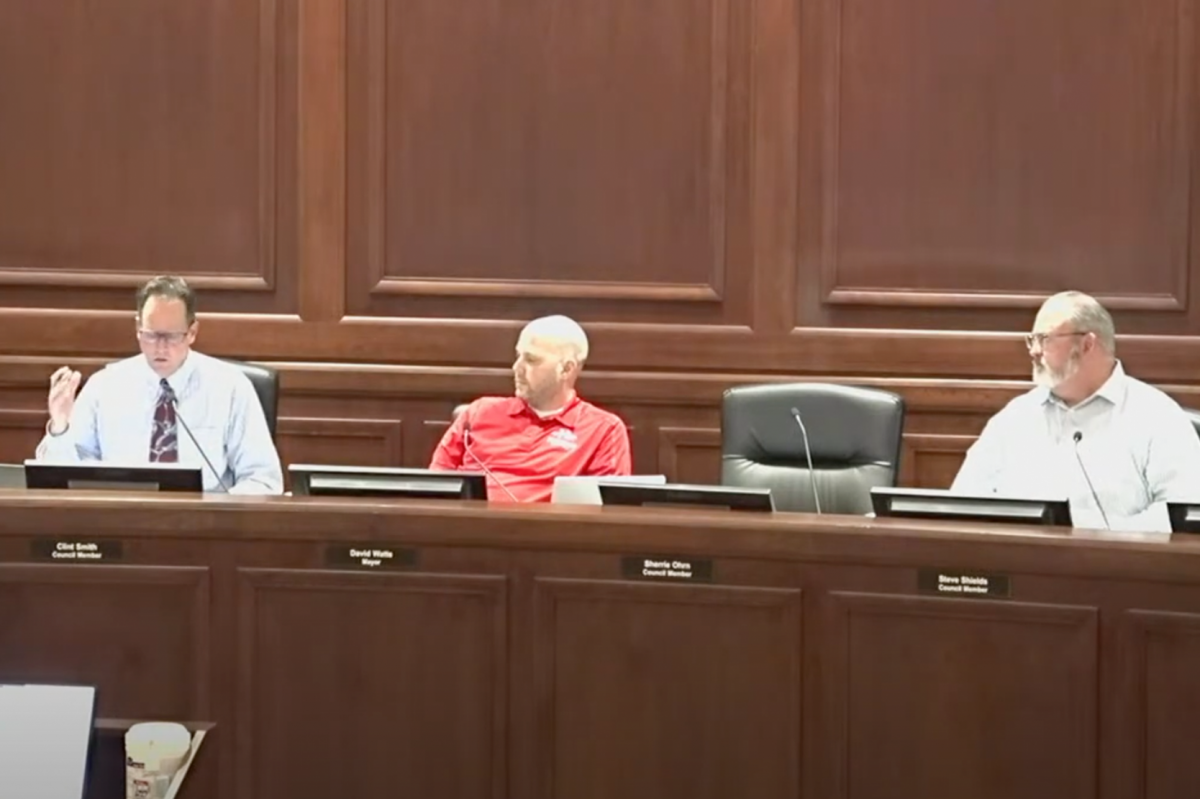 Several residents commented in the public hearing for a possible vacation of right-of-way easement for a horse trail. Several residents asked the City to vacate the easement, while others requested the City to not vacate. Those in favor of vacation cited that horse riders currently use nearby roads or trails, that it’s an eyesore, and that it’s not heavily used. Those against vacation expressed concern about the area going further into disrepair, a reduction in a walking route for children, and that it’s still used by some as a trail. The Council voted to close the public hearing after all the comments were given and the item will be on for a vote in a future meeting. The Council commended all the residents for showing up to the meeting and expressing their opinion on the matter.

Councilmembers Smith and Shields commended the recent Children and Youth Theater productions that took place in the community.

A representative from The Point presented an update on the redevelopment project on land currently occupied by the state prison. It’s anticipated that demolition of the prison will occur in summer 2022 and backbone infrastructure may begin installation in 2023. The current plan for The Point includes a transportation hub, centers for innovation, research, and industry, and features inner connectivity. It was emphasized that a The Point will serve regional needs and is a unique opportunity for the state.

The Council discussed its priorities for the upcoming state legislative session and how to focus its lobbying efforts. Some key items include the following:

The Council also will focus on any legislation regarding:

The City received a pair of grants for some projects, which created more room for projects to be funded with previously budgeted impact fee funds. The feasibility study for an arts facility and work surrounding the Herriman History Park were re-added to the project list. Councilmember Shields noted he had been approached by private party who offered to pay for that feasibility study. The cost for the Wide Hollow Trailhead project went up, but costs were reduced accordingly for the Rose Creek Trail connector and Juniper Canyon Recreation Area design.

The City is securing a bond, approximately $10.5 million, for transportation projects. The bond, approved in a previous meeting, will be repaid by funds from the state of Utah over the next 15 years and will not cause any increase in taxes or fees by residents. The improvements likely to be funded or partially funded by the bond are on the following roadways:

The Council discussed a draft ordinance regulating the use of metal shipping containers in the community. The Planning Commission recently voted to recommend approval of the ordinance. If approved at a future meeting, the ordinance would require similar color and material on the outside of publicly visible containers to that of the primary structure on the property. It would also require a conditional use permit for containers used as a living space, for storage, or commercial use. If a container was to be used as a living space, it would need to adhere to building code.