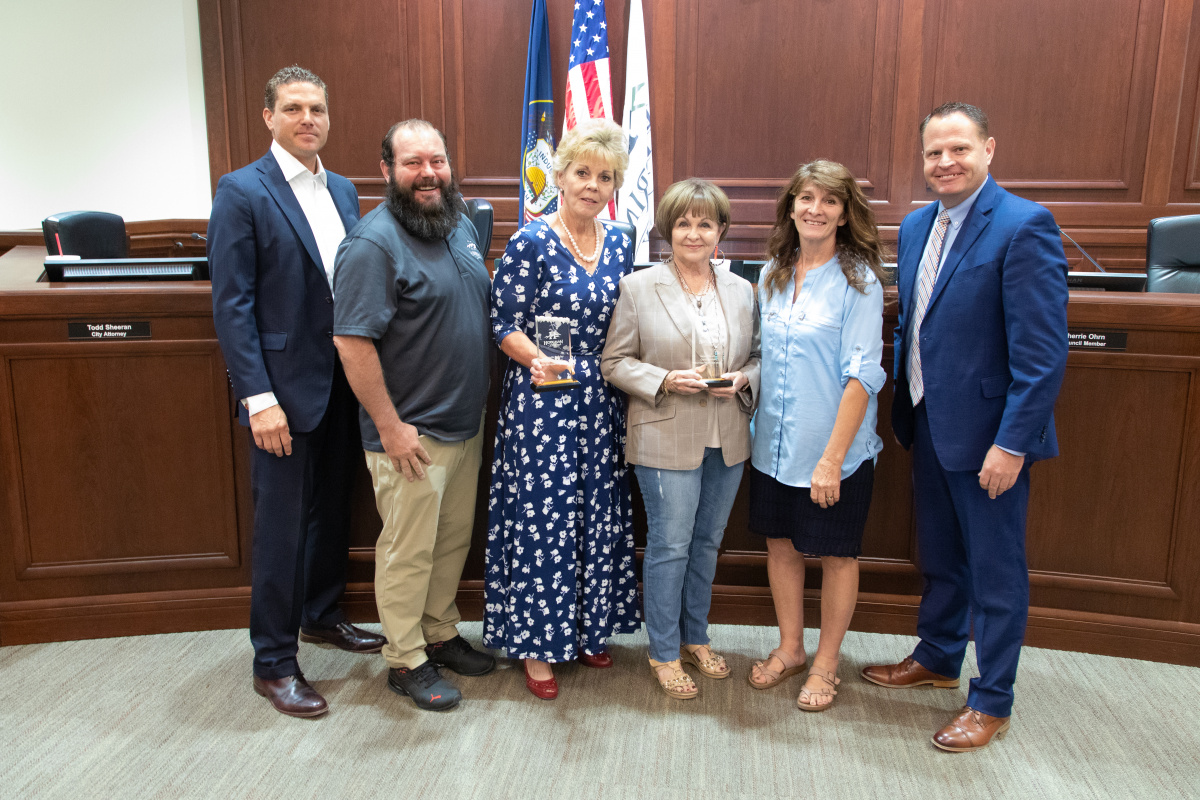 The Council formally recognized Fort Herriman Towne Days parade grand marshals Michelle Baguley and Raquel DeLuca. Each have dedicated many years of service for Herriman, including various boards and committees, activity in the community, and serving on the incorporating Herriman City Council in 1999.

Councilmember Sherrie Ohrn, representing the JVWCD board, reported a proposed 7.8% property tax rate raise for the district in the coming year. The raise would represent an increase of about $7.64 for a $604,000-valued property per year. A Truth-in-Taxation public hearing will be at 6:00 p.m. on August 10th at the district offices in West Jordan.

The Herriman Police Victim Advocate gave a report of the Victim Services unit of HPD. The Victim Advocate is assisting 272 victims of crime. 180 cases this year are of domestic violence, 46 of which included strangulation (an increase and a concerning trend). The Victim Advocate assists crime victims in finding resources, attending court hearings, plan for victim safety, and other services.

Salt Lake County presented plans for trails Butterfield, Rose, and Yellow Fork Canyons. A trailhead will be constructed within the recently annexed Olympia development in northwest Herriman. The public hearing opened and closed without comment and the Council approved the project.

An overview of the final draft of the General Plan was presented for approval. During the public hearing, one person representing several hundred acres of property in the southeast of the city requested the area be changed to the Planned Community designation. The Council declined this request but noted that the General Plan can be amended when it makes sense as an application is submitted, discussed, and voted on.

Following the hearing, the City Council approved the new General Plan update and authorized the City's staff to make minor technical corrections, such as spelling, grammar, and formatting, prior to publication. The Council also amended the draft Future Land Use Map and associated information to (1) assign the Forest Recreation land use category to approximately 307 acres of undeveloped land in the southeast quadrant of the City and (2) add land use categories recommended by the Planning Commission to property adjacent to the northwest quadrant of the City to communicate the intentions, ideas, and vision for future annexation areas.

The Utah Department of Transportation is working through options for the realignment of State Route 111 (U-111 or Bacchus Highway). The Council discussed a few of the options to consider a resolution expressing the City's support for one of the options. After a lengthy conversation, the item was continued to a future meeting and will be discussed further later.

Edge Homes requested a minor amendment to the master development agreement in the Creek Ridge subdivision to allow rear decks and patios to encroach further into specific property setbacks. Some homebuyers have asked for a larger deck option than a 4'x4' landing. There was a concern expressed by the Council about granting an unnecessary exception in a foreseeable situation. The applicant will provide renderings in coming days at the Council's request.

The Council would like the City to publish a formal Request for Proposal to find the best possible partner in providing broadband internet infrastructure to each home and business in the City. The Council is still debating whether to use a opt-in, opt-out, or a universal utility model.

A special City Council work meeting will be scheduled for August 3rd to discuss the Auto Mall with the development partner. This will be held after the Herriman City Fire Service Area Truth in Taxation meeting, which takes place at 6:00 p.m.