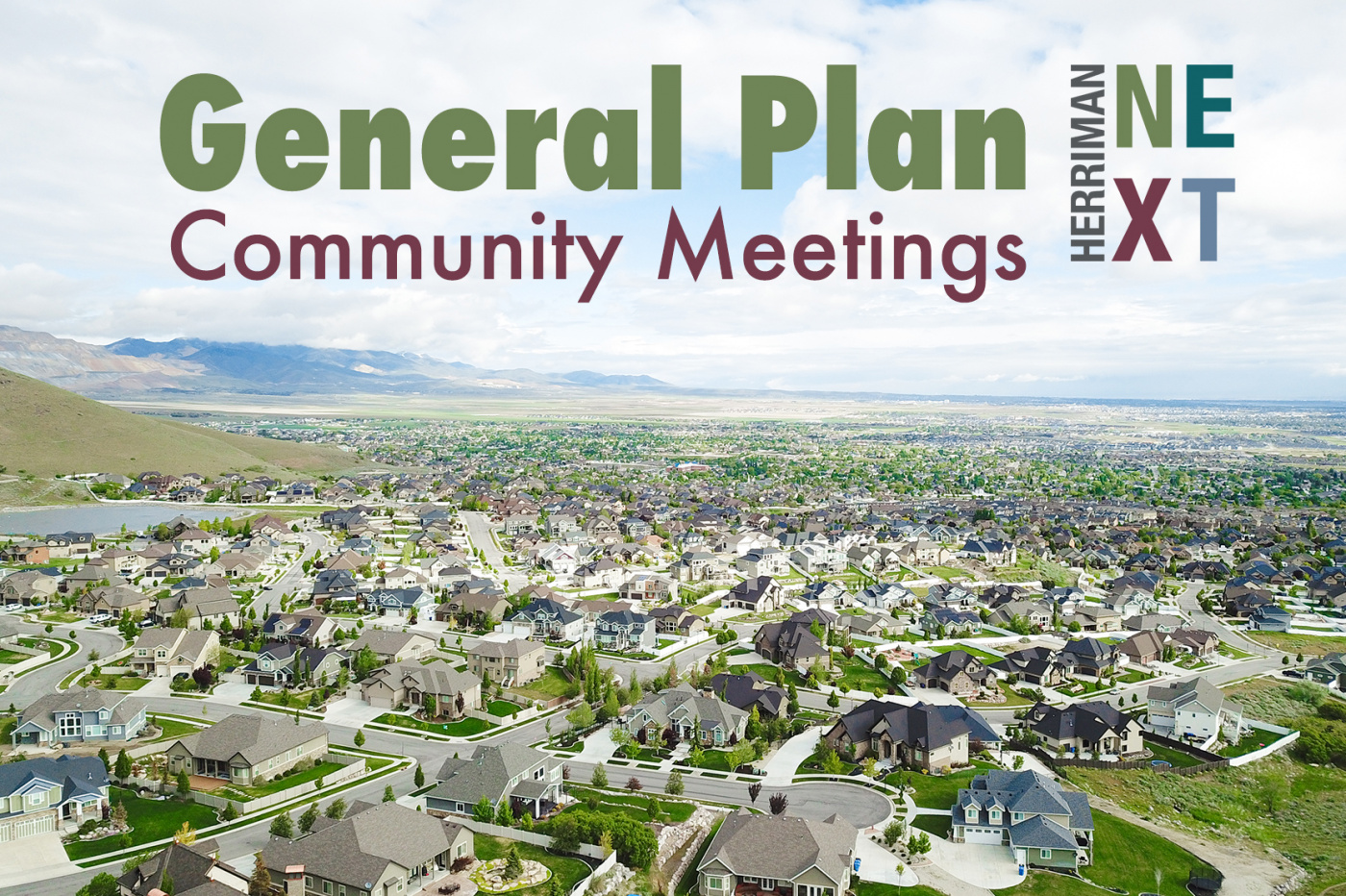 A draft of the Herriman City General Plan is ready for your review.

After many months of input from residents and community leaders, a draft of the General Plan has been created. Whether you have been involved in the General Plan update process before or if this is new to you, your feedback is needed to help shape Herriman’s future.

What is the General Plan?

The General Plan is a planning and policy framework that represents the city’s vision for the future. When the city makes decisions related to land use, economic development, transportation, housing, tand public improvements, the General Plan acts as a guide for those decisions. Herriman City recognizes it is at a critical point to function as stewards of the features that make the city a beautiful, desirable, and prosperous place to live.

How do I find the draft?

Find the draft plan at www.herriman.org/general-plan. There you will find more introductory information, a proposed land use map, key initiatives, and the plan itself. Furthermore, on April 1, the City will publish videos highlighting a few aspects of the plan to get you more familiar.

How do I give my feedback?

The City will host six meetings in April to present the plan, answer questions, and welcome direct feedback. Four of the six meetings will be held in-person throughout the city to help make it convenient for you. We will show the presentation portion of those four in-person meetings virtually via GoToMeeting. The other two discussions will be held virtually only rather than in-person.
The virtual portions of all the meetings will be accessible with the same link: bit.ly/generalplanmeeting.