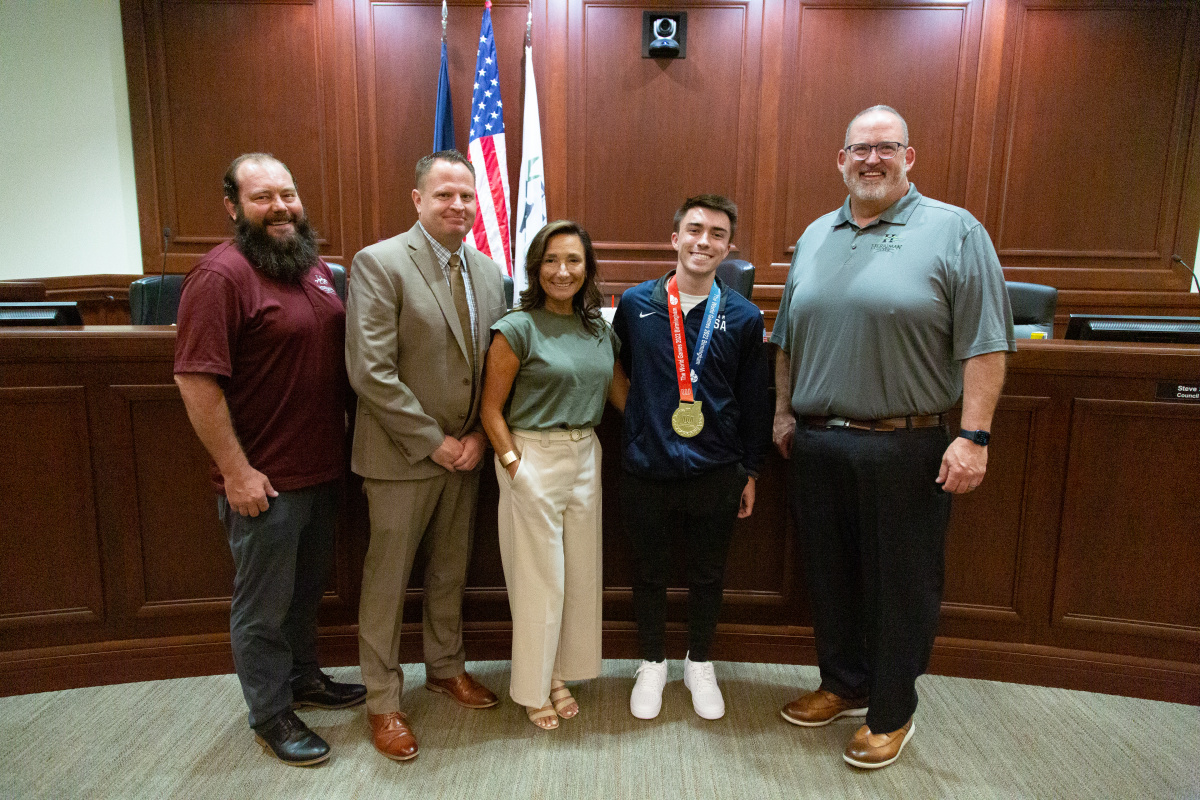 The Council formally recognized Kaden Brown, who recently won a gold medal at the World Games. Brown is a Herriman resident and won the medal in tumbling at the finals in Birmingham, Alabama.

Blackridge Reservoir is a popular destination for summertime recreation. The reservoir is primarily a source for secondary water in the city. The City has also allowed the reservoir to also be used a recreation area. Due to its popularity, the area experiences overcrowding issues, including with parking overflowing into nearby neighborhoods. The City has had a parking permit program in place for those neighborhoods, which has general (but not unanimous) support from homeowners. Additionally, in recent years, harmful algal blooms have forced the reservoir's closure by the county health department.

The Council discussed a variety of options to mitigate issues for next year, including requiring payment for access, restricting to residents only, and others. The item will be revisited again in a later meeting. Additionally, some companies have reached out to the City for permission to rent paddle sports equipment at the reservoir. The Council is willing to entertain a formal proposal for this type of service.

The City Council and staff have been working to determine if a resolution would be beneficial to give an official City stance on the location of the realignment of U-111 (Bacchus Highway) and extended Herriman Blvd (12600 South). Several options have been proposed by multiple parties. Key concerns are traffic flow and whether an intersection should occur inside Herriman boundaries to facilitate a commercial center.