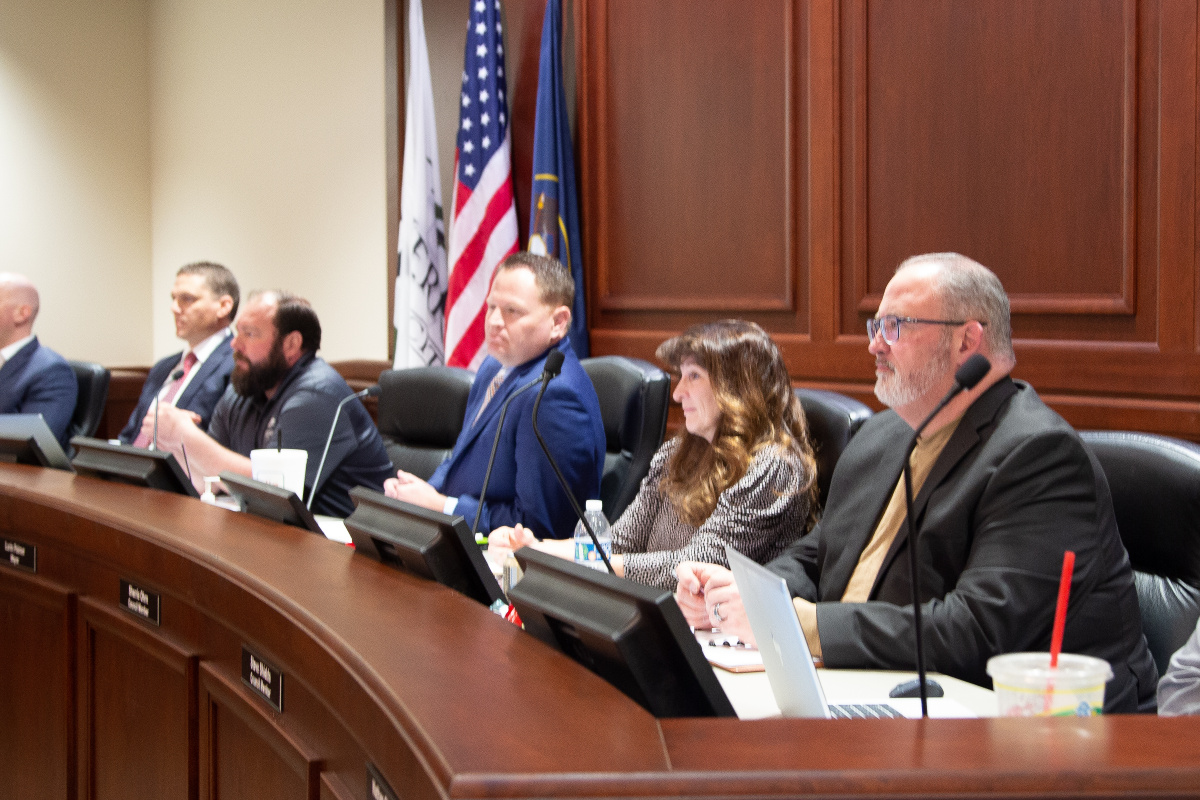 The City Council recognized the following Herriman teams for excellence, including several team and individual championships and high placements: 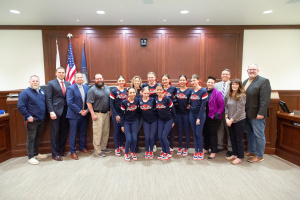 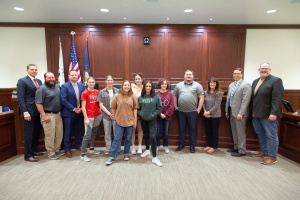 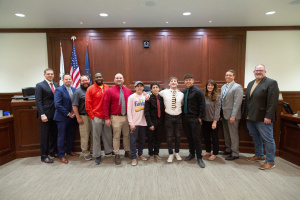 CC board and committee reports

Councilmember Ohrn reported on a recent trip with the Youth Council to Utah State University to an annual conference. She recommended that other youth in the community apply to participate in the Youth Council.

Councilmember Ohrn, reporting from the Jordan Valley Water Conservancy District board, noted a recent Utah Water Users conference in St. George. She said the drought continues to be a significant issue and encouraged conservation.

Councilmember Ohrn, reporting from the Wasatch Front Waste and Recycling District board, noted that the Salt Lake County Council voted to approve moving WFWRD to a different type of district, which helps increase its efficiency.

Councilmember Shields, reporting from the Mosquito Abatement District board, said he continues to be fascinated with the application of technology toward mosquito abatement. He described a few recent advancements that help reduce the mosquito breeding.

The Council discussed exploring a public-private partnership to develop commercial uses on the vacant pads immediately surrounding Crane Park. The land is owned by the City. The Council asked the staff to send out an RFQ (request for quote) to explore that concept.

The judge over Herriman's court has submitted his resignation, effective in April. Finding another part-time judge is difficult. Riverton City has expressed interest in an agreement to share a full-time judge. Another option discussed is for Herriman City to dissolve its court altogether and contract with another city for services. The Council wishes to pursue sharing a full-time judge with a Riverton and continue to host court services at the city hall, as well as move forward on hiring an additional court clerk.

The Council agreed with a request to re-allocate budget from a vacant Strategic Services Director position and some outside legal counsel fees toward an in-house Assistant City Attorney and Prosecutor. The staff projects that it will help create financial and workflow efficiencies.

The Council discussed allowing alcohol beverages to be sold at City events in a confined area such as the PRCA Rodeo. The Police Chief expressed that there is no concern from a law enforcement perspective on allowing alcohol sales.

The Planning Commission asked for an amendment to the City's home occupation business standards. The draft amendment would allow three additional employees (parked on-site), allow two customers at a time, increase the number of children/students to 12 at a time, increase daycare hours from 6am - 7pm, and allow storage in accessory structures. The Council discussed the draft and will continue to consider it.

The Laguna/Malibu development will now be referred to as the Herriman Preserve. A timeline was discussed for application deadlines and a set of proposed design guidelines was presented. The City is working on calculations for the development to present a total amount of possible units with standard development versus a master development agreement (MDA) route. The Council will also welcome a conversation with the developer in an upcoming City Council meeting.

The Auto Mall working group met briefly recently and meetings have paused for the time being. The developer has withdrawn applications for zoning and general plan amendments for a piece of property along Herriman Boulevard.