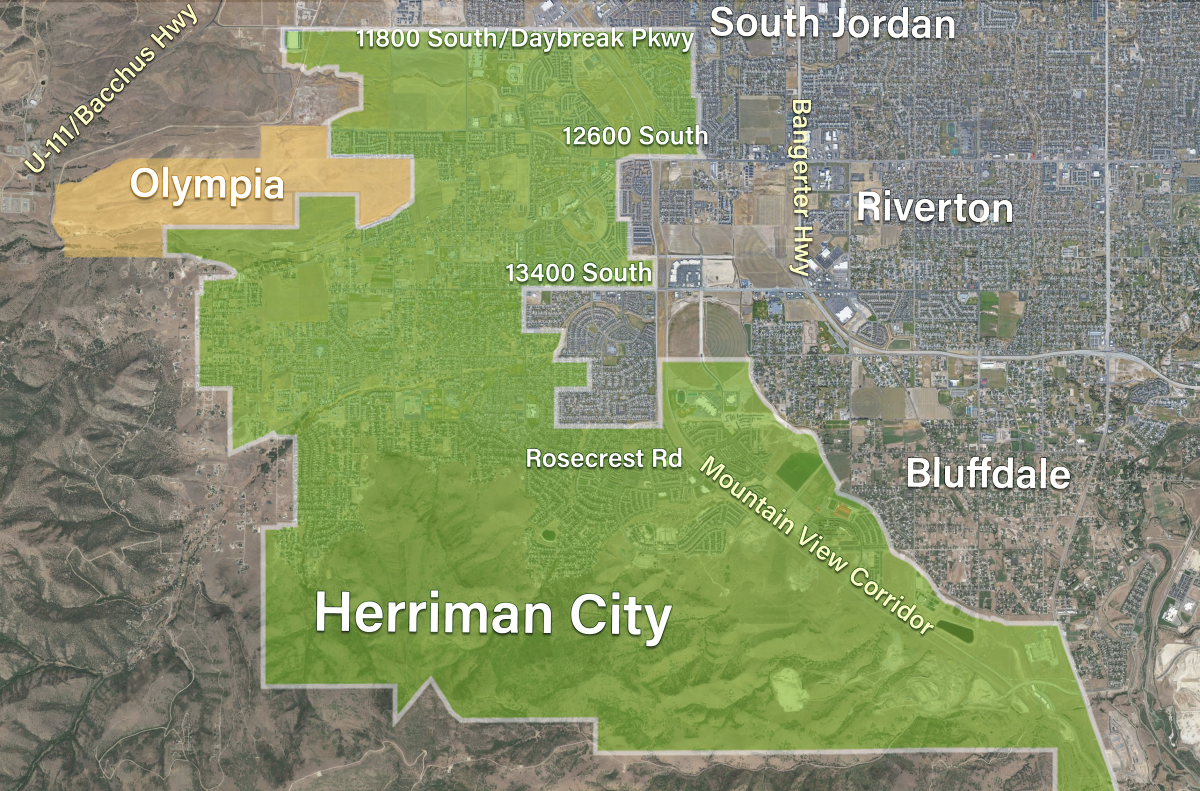 The City Council voted to approve the annexation of the 933-acre Olympia development into City boundaries Wednesday, September 29th, 2021. The Council also approved the master development agreement and public infrastructure district governing documents associated with Olympia. The vote was 3-2 for all three items.

The Olympia development was approved and entitled in March 2020 by Salt Lake County on 933 acres of unincorporated property outside and west of Herriman City boundaries. Due to its inevitable impact on Herriman City, in 2021, the City began formally meeting with the development team to explore whether annexation into Herriman would be mutually beneficial. The City boundary change, which will take place effective January 1, 2022, assures the City will be able to collect revenue to offset impacts from the development. Through this meeting process, the City and the Olympia team agreed that the developer will pay for all infrastructure and open space inside the project, releasing the City from such obligations.

A condition of annexation was the formation of a master development agreement (MDA) to replace the already-approved Salt Lake County MDA. The City and developer negotiated several items to help improve upon the County MDA. Some of those items include the required preservation of commercial space, the developer funding all infrastructure inside the project, proportional payment for offsite impacts to City infrastructure, and a two-plus acre park within a half-mile of every residence. The MDA includes that open space amenities will be required to be built in conjunction with residential growth—not after. Some of that open space will include programmable playing fields for local youth sports teams.

Public infrastructure (roads, water lines, stormwater, parks) inside the development will be paid for entirely by the Olympia developer (the exception to this is the costs for City-requested upsizing to specific projects, like adding capacity to a water tank). Much of this infrastructure will be funded using a public infrastructure district, or PID. A PID, made allowable by the state legislature in 2019, gives the developer the ability to use a bond to fund infrastructure before or as phases of the development are built. The bond is completely separate from City finances and public funds will not be used to repay the bond. PIDs sometimes can levy an additional property tax to repay their bonds, but this will NOT be the case in Olympia. The bond will be repaid ONLY by fees the developer assesses to building companies—not residents.

Full details of Olympia, the meeting and annexation process, the MDA, and master plans can be found at www.herriman.org/olympiahills.